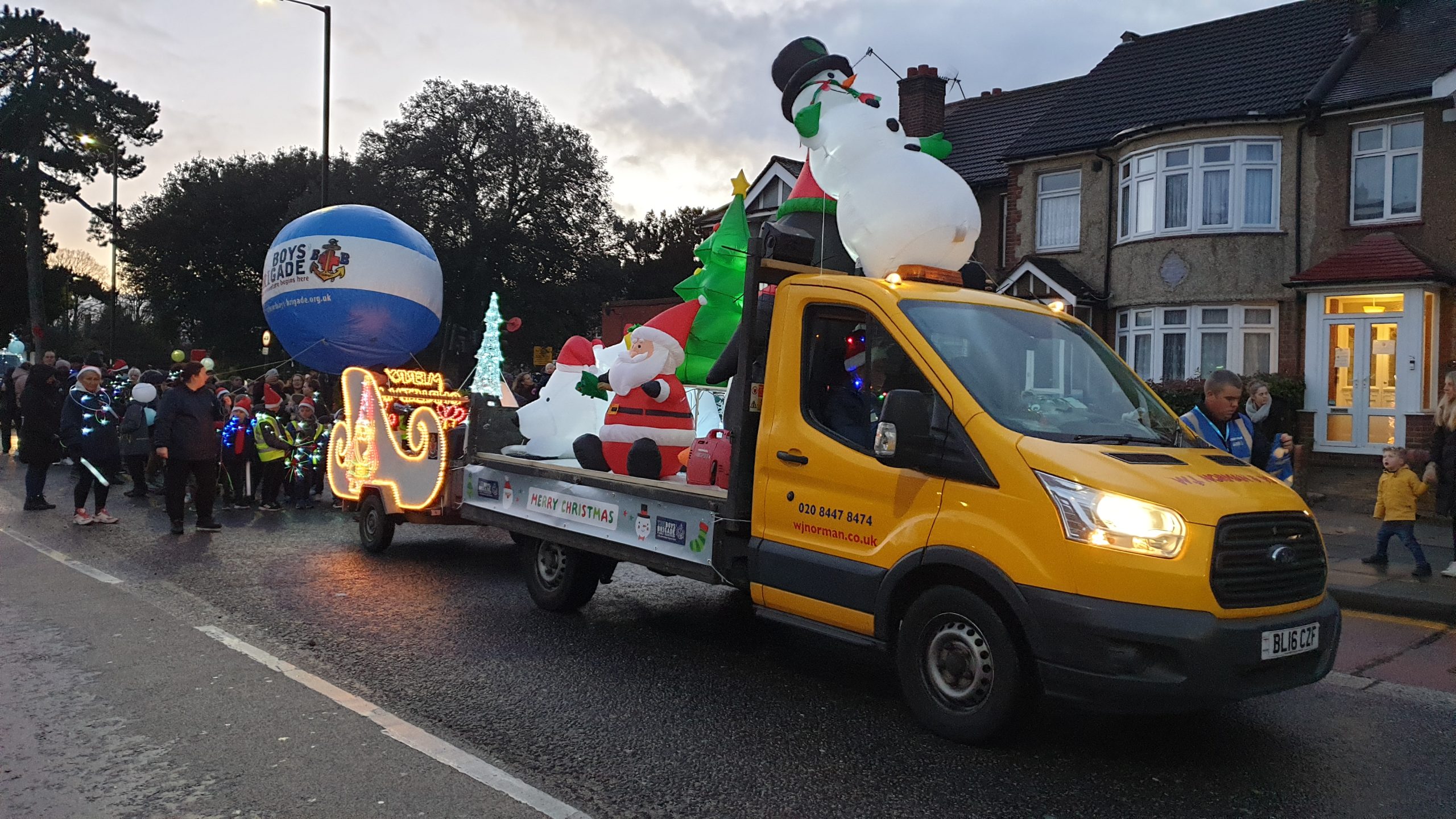 On Sunday 5th December, our boys were part of a group of 60+ BB children and young people who took part in the Enfield Parade of Light.

Before doing so, a Battalion Christmas Party was held at our hall with activities including soft archery, cornholes, bouncy castle, Minute to Win It challenges, crafts and lots more for everyone to have a go at!

After having some lunch, we then headed to Portcullis Lodge Car Park (near the Civic Centre) for the Parade of Light. The event includes lots of community groups and organisations, and took in a loop of Enfield including Silver Street, Baker Street, Lancaster Road, Chase Side, Church Street and back to Silver Street.

Enfield Battalion’s float included Santa’s sleigh and lots of Christmas themed inflatables, followed by the group of children, young people and leaders with lights, glow sticks and more to make for a very festive and colourful display!